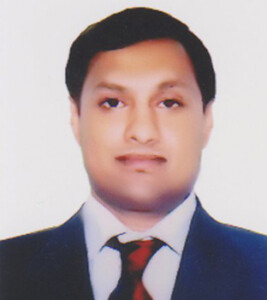 Mr. Sajedur Seraj joined Information Services Network Ltd. as a director in 2016. He holds a bachelor degree (Honors) from University of Manchester and HND in business and finance from Westminister University. He finished O’level and A’level at Highgate School, London. Beside this, he received Associatship Award from Chartered Institute of Bankers, UK. Currently working to get fellowship under Chartered Institute of Bankers, UK. Mr. Seraj Joined Elite Garments Industries Ltd as Production Officer in 1994 and in the next year he promoted as a Director of Elite Group. He took up the position as Director of AB Bank in 1999 and in 2004 he become the vice president of AB Bank. He became the Deputy Managing Director of Octagon Fibers & Chemicals Ltd. and Elite Group of Industries in 2005. He also served as a board Director of BGIC. He is the Chairman of Thyrocare Bangladesh Limited and Managing Director of Imam Network Limited (ICX). He also served the purchase and Disciplinary committee of Bangladesh Cricket Control Board.