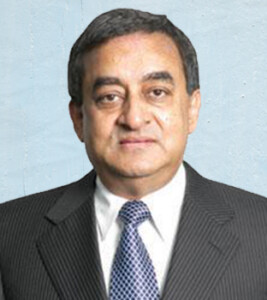 Unlike traditional feudals, four to five generations, apart from land owning, the past generation took up business, went for College and University education and joined high Govt. posts during British regime and also pursued intellectualism (leading lawyers and Newspaper editing). The family is acknowledged as one of the well-established, respected and reputed entrepreneurs of Bangladesh. After completing his higher education in London – UK, Mr. Sayeed H. Chowdhury joined the family business in 1981 and was based in the Sultanate of Oman until 1987, looking after its business interest in the Gulf region. Returned home to work for the family company “Karnaphuli Group” as its Director Finance and Planning. In March 1991, Mr. Chowdhury founded the HRC Group, the much acclaimed and multi faceted blue chip business house of Bangladesh. Initially starting as a shipping agency, the group is now a leading conglomerate of Bangladesh consisting of nineteen (19) member companies with diverse interest which includes but is not limited to ship owning, chartering and agency, tea estate and rubber plantation, blending and packaging of tea for local market and export, real estate, print media, Philips brand lighting products manufacturing/marketing, distribution, insurance, housing finance, merchant banking, information technology, etc. Export performance of HRC in the tea sector has earned Mr. Chowdhury the Government CIP honour for twelve (12) consecutive years. He is the Founder, Chairman and CEO of HRC family of companies. Mr. Chowdhury is also Chairman of Media New Age Limited and a Director of Holiday Publications Limited. He is the Chairman of the Editorial Board of the Bangla National daily Jaijaidin and Chairman of ONE Bank limited. He is a Sponsor Shareholder of Bangladesh General Insurance Co. Ltd. Mr. Chowdhury is the ex-president of Bangladesh Oceangoing Shipowners’ Association (BOGSOA). He is also a member of the British Institute of Management.